Note: A list of operators along with their interactive diagrams is available here at **RxMarbles.com** 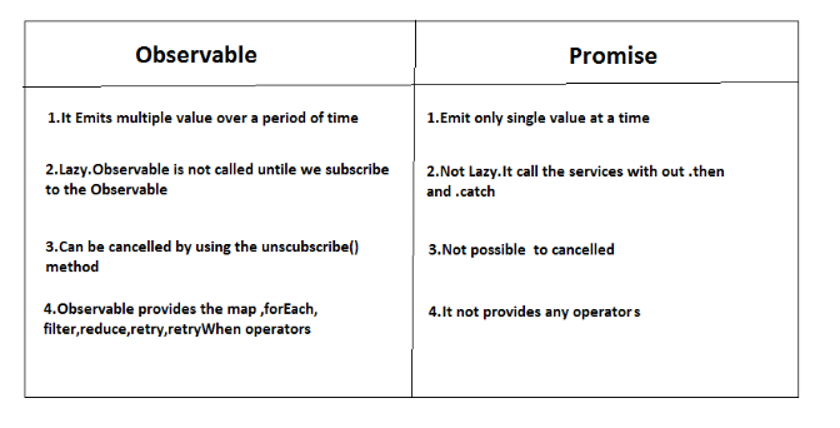 Below are some important differences in promises & Observables. 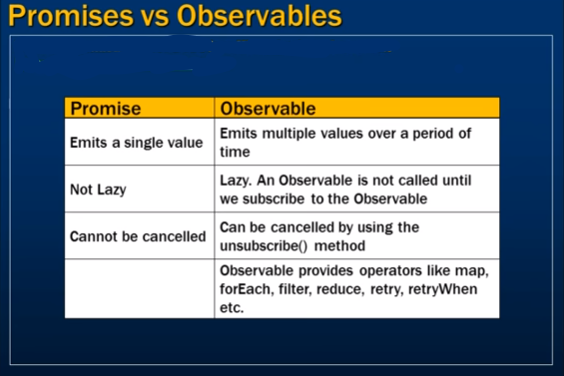 Both Promises and Observables provide us with abstractions that help us deal with the asynchronous nature of our applications. The difference between them was pointed out clearly by Günter and @Relu.

Since a code snippet is worth a thousand words, let’s go through the below example to understand them easier.

Thanks @Christoph Burgdorf for the awesome article

Angular uses Rx.js Observables instead of promises for dealing with HTTP.

Suppose that you are building a search function that should instantly show you results as you type. It sounds familiar, but there are a lot of challenges that come with that task.

The demo will simply consist of two files: app.ts and wikipedia-service.ts. In a real world scenario, we would most likely split things further up, though.

Below is a Promise-based implementation that doesn’t handle any of the described edge cases.

We are injecting the Jsonp service to make a GET request against the Wikipedia API with a given search term. Notice that we call toPromise in order to get from an Observable to a Promise. Eventually end up with a Promise as the return type of our search method.

There is not much of a surprise here either. We inject our WikipediaService and expose its functionality via a search method to the template. The template simply binds to keyup and calls search(term.value).

We unwrap the result of the Promise that the search method of the WikipediaService returns and expose it as a simple array of strings to the template so that we can have *ngFor loop through it and build up a list for us.

See the example of Promise-based implementation on Plunker

Let’s change our code to not hammer the endpoint with every keystroke, but instead only send a request when the user stopped typing for 400 ms

To unveil such super powers, we first need to get an Observable that carries the search term that the user types in. Instead of manually binding to the keyup event, we can take advantage of Angular’s formControl directive. To use this directive, we first need to import the ReactiveFormsModule into our application module.

Once imported, we can use formControl from within our template and set it to the name "term".

In our component, we create an instance of FormControl from @angular/form and expose it as a field under the name term on our component.

Behind the scenes, term automatically exposes an Observable as property valueChanges that we can subscribe to. Now that we have an Observable, overcoming the user input is as easy as calling debounceTime(400) on our Observable. This will return a new Observable that will only emit a new value when there haven’t been coming new values for 400 ms.

It would be a waste of resources to send out another request for a search term that our application already shows the results for. All we have to do to achieve the desired behavior is to call the distinctUntilChanged operator right after we called debounceTime(400)

See the example of Observable implementation on Plunker

As far as I am using HTTP in Angular, I agree that in the normal use cases there is not much difference when using Observable over Promise. None of the advantages are really relevant here in practice. I hope I can see some advanced use case in the future :) 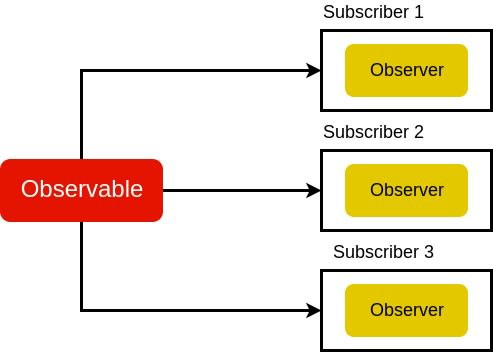